What is an NFT? – Finance for all

Having become essential in 2021, NFTs are assets allowing the exchange of digital content. If the media coverage of NFTs was concomitant with record sales on the art market, companies are now using the growing popularity of this medium to associate all types of goods and services with it.

One can consider the NFT like a new type of assets. Deployed on the blockchainthey allowexchange ownership rights of digital objects. In 2021according to a report by Nonfungible.com and BNP Paribas’ L’Atelier, NFT sales reached $17 billion, a 21,000% increase compared to 2020. However, this data should be viewed with caution. Indeed, according to the media The Block, between May and June 2022, the trading volume was divided by four. Everything suggests that the price of NFTs fell victim to a speculative bubble in 2021.

NFTs – for non fungible token (literally, “non-fungible tokens”) – are certificates of ownership associated with a digital object (image, text, sound, etc.). It is tokens that are not substitutable for any other. Indeed, NFTs are uniquely identified on the blockchain. They thus differ from crypto-currencies whose tokens are fungible, that is to say interchangeable (one Bitcoin is always equivalent to one Bitcoin).

Quantum by Kevin McCoy is considered the first NFT in history. In 2014, this creator of digital works is looking for a way to allow digital artists to be rewarded for the fruit of their work. He then turns to the blockchain to publish there Quantum.

Unfortunately, the difference between an NFT and its underlying is not always understood. Without having purchased the NFT Quantum, anyone can download the artwork file and view it at home. The NFT does not offer ownership of the digital object. Thus, what the acquisition of the NFT offers is the link between the digital object and the blockchain. The purchaser has the guarantee of an unalterable signature of the exchange between the creator (or a previous holder) and himself.

In January 2018, the creation of a standard NFTthe ERC-721, enablesstandardize the creation and exchanges of NFT on the Ethereum blockchain. The standard, widely adopted by the creators of NFT, allows the development of trading platforms, and the use of NFT by the uninitiated.

Often cited as an example, art is only one of the many possible uses NFTs. Possession of certain NFTs guarantees the right to services or goods. This type of token is known as an NFT utility, i.e. a utility token.

the Bored Ape Yacht Club is a collection of NFTs that includes 10,000 tokens. Each token is represented by a monkey generated by an algorithm from 172 distinct traits. Token holders can access privileges, such as private events or group chat access. This network, based on the possession of NFT, has attracted many celebrities like Eminem, Neymar, Serena Williams or Justin Bieber.

In sum, a utility NFT can integrate more or less any service. An NFT can be used as a certificate for the purchase of real estate, a profile photo on a Tweeter account, support for the purchase of specific elements in a video game or even for the purchase of concert tickets. In fact, since the hype of NFTs, businesses are rife with ways to incorporate these digital assets into their transactions.

Finance a film via NFT?

On May 20, 2022, 50,000 NFTs were auctioned at €1,250 each to finance the animated film Plush. In return, the animation studio promised 80% of the film’s receipts to NFT holders, as well as a right to vote on the direction of the script. In the midst of a fall in the price of crypto-assets, the operation turned out to be a failure. Only 1,247 NFTs found buyers that day.

Problem, if the film is not made, the investment is not reimbursed since the purchase relates to the NFT (represented by a plush image with unique characteristics for each NFT sold). The contract is therefore very risky since if the project is not carried out, the intrinsic value of this NFT collection can be questioned. Investors are likely to lose the entire stake, in fact, they replace the producers and therefore bear the risk of the project.

Before investing in a financing project via NFTs, it is important to pay attention to the risks involved. One can also wonder why the company uses NFTs rather than “classic” crowdfunding.

Nevertheless, assuming that this film (or another that also uses NFTs to finance itself) is released in theaters one day, from an economic point of view, the buyer will have two options:

• keep his token and wait to receive his share of the film’s receipts;

• resell his NFT on the market if he estimates his profit higher than that made by keeping his token.

The question of the value of the NFTs of the film after the distribution of the receipts is interesting. If these NFTs keep a monetary value, this implies that the utility tokens can transform into collection tokens once the service is rendered, such as those associated with works of art.

Moreover, for the creators of NFTone of the major advantages consists in being able to insert conditions concerning all future exchanges of their NFTs. For example, an artist who sells an NFT may demand to get a percentage of the profits in case of any appreciation in future resales. Since the contract is immutable on the blockchain, the transfer of the percentage is done automatically and does not have to be renegotiated at each exchange.

For now, NFTs are, with some exceptions, excluded from the scope of the European regulation – says MICA – which regulates the public offering of crypto-assets. The European Commission will assess over the next 18 months whether or not it is necessary to regulate the NFT market. It is therefore necessary to be particularly careful with these products, which do not currently benefit from any regulation..

The Bitcoin (BTC) market is constantly evolving, with more and more new projects being launched. Recently, OpenNode and Launch Cart signed a partnership. The idea is to encourage greater adoption of bitcoin (BTC) as a means of payment within companies in the e-commerce sector. 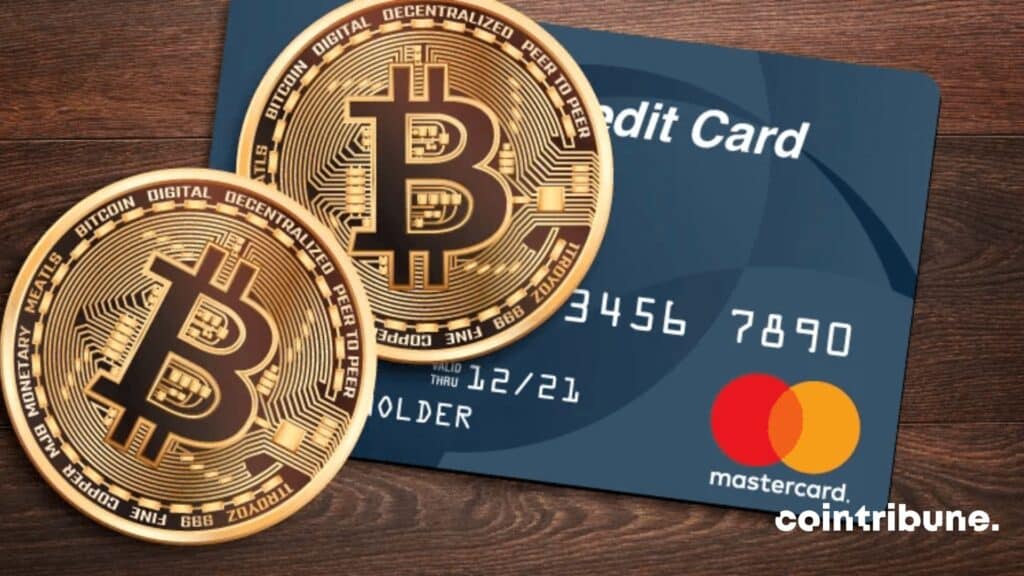 Open Node and Launch Cart recently launched a tool based on the Bitcoin (BTC) Lightning Network. The new system will allow payments to be made in BTC on the Launch Cart e-commerce platform. You should know that Launch Cart is a SaaS provider that aims to facilitate the entry of companies into e-commerce. He decided to offer his customers a new tool that could boost their turnover. For this purpose, it has partnered with Bitcoin infrastructure provider OpenNode.

Launch Cart also announced the launch of a wholesale dropshipping platform that its users can use. That said, the company explained that bitcoin will significantly reduce the risk of fraud on its e-commerce platform. There will therefore be a great advantage in using the Lightning network, which also allows instant and immutable payments.

Launch Cart also indicated that the new tool will provide significant time and cost savings to businesses. Indeed, it will remove intermediaries from the process and automatically convert fiat into local currencies. Entrepreneurs will therefore not need to have advanced knowledge of crypto to adopt bitcoin as a payment solution.

Greg Writer, CEO of Launch Cart, said, “We are very excited to give our customers the ability to accept bitcoin using OpenNode and Lighting Network.“. “We feel we are a great partner for OpenNode to help them in their mission to empower and connect the world with bitcoin“, he added.

Software company Launch Cart recently announced the launch of a new tool on its e-commerce platform. This tool created in partnership with OpenNode aims to facilitate the use of Bitcoin as a means of payment in the field of e-commerce. Launch Cart is also launching Source and Sell, a platform dedicated to wholesale dropshipping.

Receive a digest of news in the world of cryptocurrencies by subscribing to our new service of newsletter daily and weekly so you don’t miss any of the essential Cointribune!

Behind the generic signature “Redaction CT” are young journalists and authors with specific profiles who wish to remain anonymous because they are involved in the ecosystem with certain obligations.