An announcement particularly motivated the crypto community to regain its buying optimism. Jake Yocom-Piatt, project manager at Decred, launched a new proposal on Twitter to review several points on the organization around his competing project of Bitcoin. As a result, the DCR token grew by 156% in just a few hours.

At that time, its price was located at $231, for an increase of 1700% in just six months. Today marks the first real cryptocurrency rebound in a year. On August 5 at 7 p.m., its price rose from $27.7 to over $70 (briefly), before finding support around $48 during the first part of the evening. on crypto exchanges. 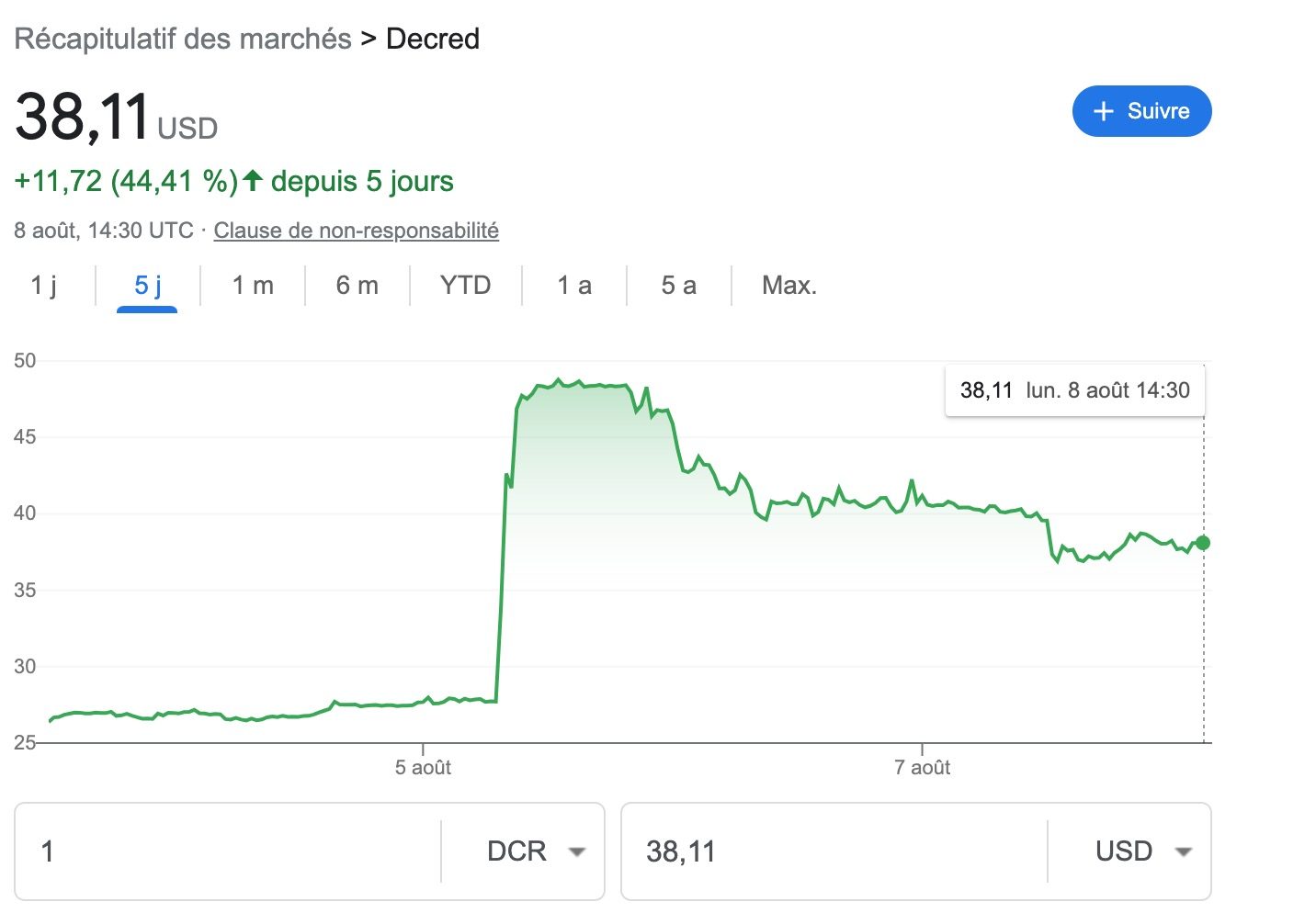 Jake Yocom-Piatt’s announcement is not very important from the outside, but it seems restore confidence in Decred stakeholders, while the site and the messaging of the project had to undergo an overhaul for two years. This must be done during the second half of August.

Behind the motivations of Decred, that of putting an end to the minors who find themselves obliged to form collectives to hope to weigh weight against the biggest players. A risk that affects Bitcoin and which could unfortunately come to centralize its operation – which goes against one of its fundamental principles.

Decred is far from being the least complex and fastest blockchain, but it would have the merit of being more resistant to the risks of cyberattacks. Its second pillar, in its operation, is also to prevent excessive updates in its protocol from leading to splits into two separate entities, as Bitcoin had experienced with Bitcoin Cash.

To compete with Bitcoin, Decred has chosen the same operation with a mass of tokens limited to 21 million. Originally, when the project was launched in 2016, a pre-mining of 8% of the total amount was carried out and shared with investors up to 50%. For the beginning, these same investors had undertaken not to sell their assets for at least 1 year. The lack of an ICO led to an advantage for the DCR: its funds are not majority owned by its founders.

The arrival of a new messaging system and a new site sends a message that the project is not abandoned and that its organization wishes to improve. Unlike other blockchain projects, Decred follows a logic where everyone can participate in its developmentboth by proposing new ideas for improvement and by appointing several contributors on different tasks like development, community management, design, marketing and strategy.